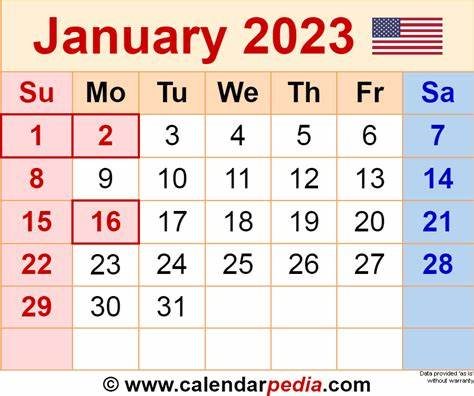 We say “Happy New Year” but for some of my friends and my church family it has not been a good start. My best friend had three deaths in her extended family since Christmas Eve. Two of them were not expected.

Early in January, a lady in our church family suffered a stroke and entered heaven three days later. Her memorial service was very well attended by our church family and some who had been a part of us in the past. She had a large family.

Because of what my friends have gone through s>

o far this year, I have come to the conclusion that when we wish someone a “Happy New Year”, it is a greeting or a wish. A greeting when we open a conversation with it, a wish, whe we end a conversation or depart from other people.

A New Hymn to Me

I was able to get to church the middle of the month. One of the hymns we sang was new to me. It was one I wanted to remember. But I couldn’t remember the title when I went to write it down.

As I fixed my lunch two days later, the melody came to me, then the title popped into my head. It’s called “Hymn of Promise”.

On January 22, we had snow here in central Indiana. I was scheduled to give the Children's Message.

Due to the snow, attendance was somewhat down but we had some visitors. When the pastor called for the children to come down, It looked like I was going to get to tell the whole adult congregation my message. One gentleman went to the nursery and helped bring in three preschoolers. My message was going to be above their heads. I had to “wing it”. After the children left, I turned to the pastor’s wife behind me and told her I winged it. Another woman sitting nearby heard me; they both laughed.

I call what I have been dealing with I will call the mid-winter blahs. I believe this is the worst case I have had of it. It’s been too cold and snowy to get out to get things that we need. I was able to get out the day before the big snow we had. We had a power outage that next Saturday. Someone was taking down a tree and the upper branches hit the power lines. Hubby decided we could go out to eat. The sunshine and the warmer temperature brought my spirits up. That respite from winter did not last long!

Not Much Writing this past Month

I have tried to keep my blog and some other things. But nothing on omy project I started late last summer.  I hope to do better.

When th weather breaks, I intend to go over to an area community center, join up and start trying to walk on a regular basis.

if My people who are called by my name will humble themselves, and pray and seek My face, and turn from their wicked ways, then I will hear from heaven, and will forgive their sin and heal their land.

God Himself spoke these words to Solomon.

God tells Solomon what those who profess to believe in Him have to do in order for Him to hear their prayers, for their sins to be forgiven, and their land to be healed.

Realize they are sinners. Recognize that He alone is perfect. Admit these facts to God.

Take all their concerns to Him. He is the only One who can fix them.

Pray earnestly. Consider Fasting as a part of our prayer time.

Turn from their wicked ways

Repent. Turn away from the things that God does not like.

I will hear from heaven

We believe that God hears all prayers of His children.

will forgive their sin

God will forgive any sin that we acknowledge we have done.

and heal their land.

Do these words of God speak to us today? Yes, God’s words speak to each of us, His children each day as we pray to Him.

Can we learn anything from them? Yes, we can learn what we need from Him to guide us through any difficult times our lives.

Do we still have time for the results He mentions to take place in our lifetimes? Yes, if we pray in earnest to Him and listen for His voice.

Therefore, I was angry with that generation,

And said, ’They always go astray in their heart,

And they have not known My ways.’

So I swore in My wrath, they shall not enter My rest.

These are the words of the Holy Spirit. I believe we don’t find words of this kind often in our Bibles.

The Holy Spirit speaks of the way that His love of the children of Israel was not returned to Him. When things didn’t go as they expected the Israelites rebelled against God and His Spirit. God tolerated their “roller coaster” behavior for a lot of years.

As I initially typed this entry, I remember the story of the gold calf. Moses was summoned up to the mountaintop by the LORD. The people got impatient for his return. the people y asked Aaron to make them gods to go before them. The said they didn’t know what became of Moses. I believe that Aaron could have said, “ No, we will wait for Moses. He is our leader.”

Aaron could have reminded them that God had chosen Moses to lead them out of bondage. But he didn’t.

Because of their disobedience to God, the children of Israel wandered in the desert for 40 years.

Each month on the 23rd, I will be posting thoughts about my word for this year.

A. WHERE IS MY WORD?

I have seen my word in my devotional reading.

“
And be kind to one another, tenderhearted, forgiving one another. Even as God, in Christ forgave you." Ephesians 4: 32(NKJV)

Several years ago, I was preparing a Sunday school lesson and was caught up by this verse. Last fall, I realized that I may have done somethings that I needed to be forgiven for.

Where can you put it so you can see it more often?  I am unsure of where I could post this in my home. Maybe in the front of my journal. I will search out a place and let you know.

What does your word look like to you? I am not an artist, and my phone camera is stubborn.

Imagine with me the following scene:

Jesus standing beside me with his arm around my shoulder and smiling down on me.

That is what my word looks like to me.

C. WHY THIS WORD?

Why did you choose this word?

I realize that I am a sinner—a sinner saved by grace. This is very important to my spiritual life. I cannot be judgmental about what others do. I am responsible for my own behavior. When I go to stand before Jesus, I want to be able to say that I led the life He wanted me to lead.

Rest for the Heavy Laden

Come to Me, all who labor and are heavy laden, and I will give you rest. Take my yoke upon you and learn from me, for I am gentle and lowly in heart, and you will find rest for your souls. For my yoke is easy and my burden is light. Matthew 11:28-30 (NKJV)

In this passage, Jesus invites certain people to Him. Those to whom He extends His hand have fallen into a special group of society.

He addresses those who are overworked, have a lot of responsibility that has been thrust upon them, those who are under a lot of tension. There are those that have issues laid on them by others.

He tells them that He will guide them through to be stronger as they learn of Him.

“In Jesus’ day, taking the yoke of another meant coming under that person's leadership and walking in that person’s footsteps.” 1

My best friend is going for physical therapy at this time. She goes, gets her treatment and then comes home and rests for a while. We all need to follow Jesus’ invitation when we find ourselves stretched to the limit of our endurance either physically, mentally, or emotionally.

At church this past Sunday, we sang the following hymn. I don't think I ever heard it before. I love the message.

The Spirit of the Lord shall rest upon Him.

The Spirit of wisdom and understanding,

The Spirit of knowledge and of the fear of the LORD.

The words of the prophet Isaiah.

Isaiah gives us insight into the coming Messiah. In this verse he tells the people that the Spirit of God will be on this coming King.

Isaiah uses the phrase “rest upon Him”. Could this convey a picture of peace as opposed to animosity? God chose to send His Son to earth to help us learn of Himself and how to live with one another. His Son’s mission included teaching and healing. His motive for doing this was love for His son and for His people. He chose to do this in a peaceful, non-judgmental way.

No wonder God chose to let His Spirit rest on His Son.

Thank You, Father, for all You do for us, using the way of rest and peace to teach us the lessons You have for us. Amen.

Rest in the LORD

Rest in the LORD, and wait patiently for Him;

Do not fret because of him who prospers in his way,

Because of the man who brings wicked schemes to pass.

A Psalm of David

David advises his readers to rest in the LORD. What does this mean to those of us reading this in 2023 A. D.? Can we do this, given our society’s ways of living?

I believe we can. However, I know we have to try in order to achieve rest in Him. People may have to give up certain practices and attitudes in order to be able to fully rest in the LORD.

Sometimes, we run ahead of the Lord. In order to rest in Him we must learn to wait patiently for Him. In order to do this we must commit (give) ourselves to Him and to follow Him and His instructions as best we can.

David also tells us, Do not fret because of him who prospers in his way. We are not to envy anyone who seems to get ahead in this world. We may be happy for them but we are not to wish any thing bad on them.

I recently read that we must not fret about what we don’t have but give thanks for the things God has provided for us. I, personally, find this helps me as I sometimes deal with depression.

Happy New Year? We say “Happy New Year” but for some of my friends and my church family it has not been a good start. My best...