Thankful for ALL Things


Several years ago, I attended a very special church service on the night before Thanksgiving. As we entered the sanctuary, the lights were turned off. Each person received a plastic bag that contained five kernels of corn.

The pastor went to the front of the sanctuary and told us the legend of the Five Kernels of Corn.

The legend goes that in 1623, two years after the first Thanksgiving, there was a drought which led to a famine for the pilgrims.  William Bradford was the leader of the colony.  He said their situation was similar to the Romans who were said to survive on a ration of five kernels of corn. They were not entirely without food, but were slowly starving our to the lack of grain. Bradford said that they would have considered five kernels of corn (or maize) as good as a feast! From then on, the legend says that they celebrated Thanksgiving by beginning their fest with five kernels of corn on their plate.

Then he lit a candle, a taper that was in a tall wooden holder. We passed it around and each person was asked to tell five things they were thankful for.

I chose to use that as my lesson I gave at our women’s circle meeting earlier this month.

In preparing for the lesson, I found a poem written by Hezekiah Butterworth, Five Kernels of Corn

I also created small plastic bags that contained five kernels of corn. I set one bag at each place on the tables. To make them a bit decorative, I stapled an orange ribbon around each of them.

Two of my friends used the information I researched, incorporating it into Sunday school lessons and children’s messages.

We should be thankful for all God has given us. My third-grade teacher talked to us about Thanksgiving being a day set aside to give thanks for what we have, even if it’s peanut butter and jelly sandwiches. (This thought came back to me a few years ago.)

I have decided to take a blog break until December 7th. I must really get serious about some issues that seem to affect me.

I pray all of you will have a blessed Thanksgiving.

The Newness of Life 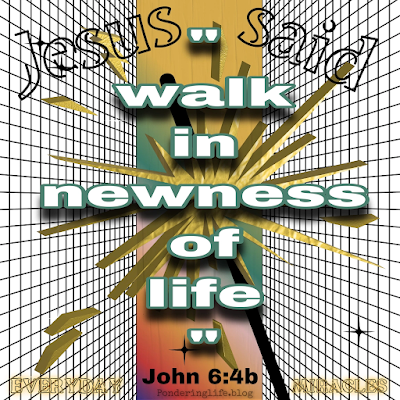